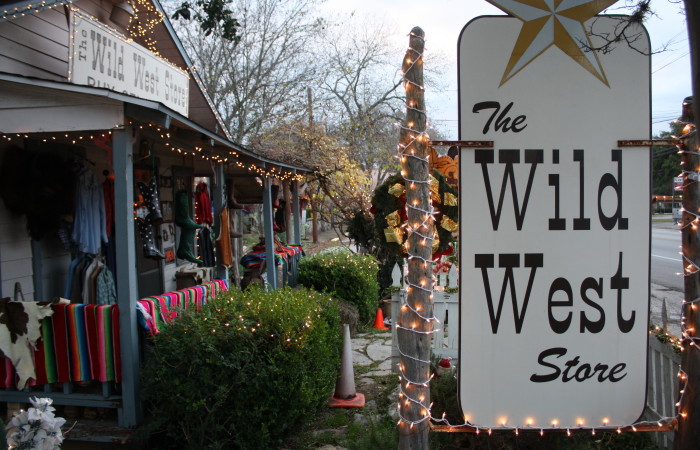 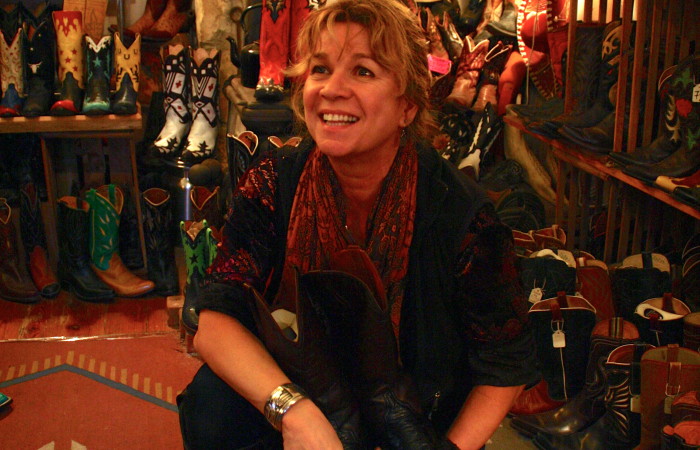 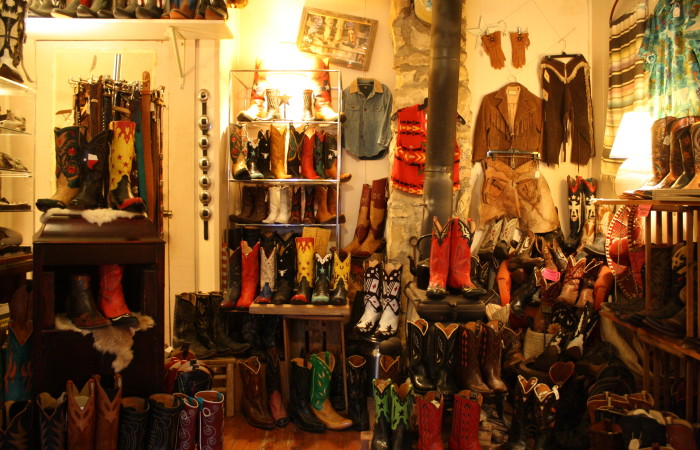 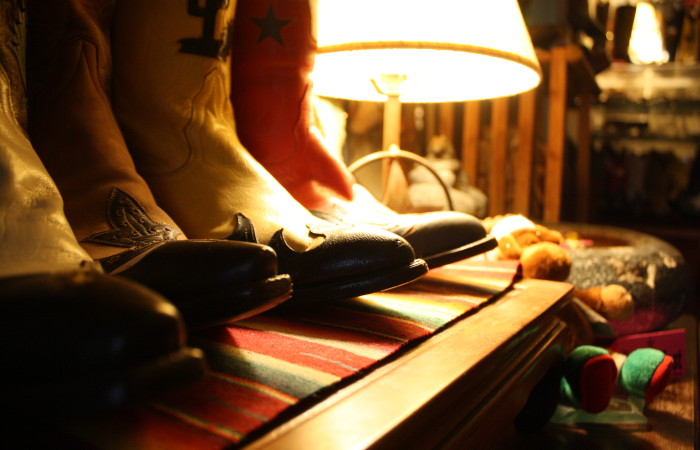 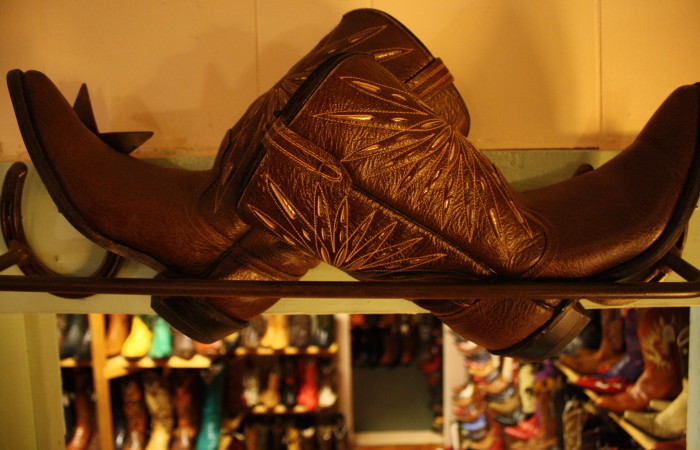 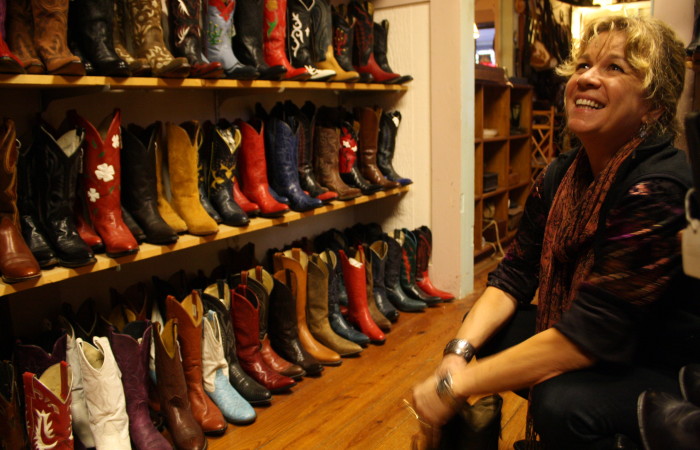 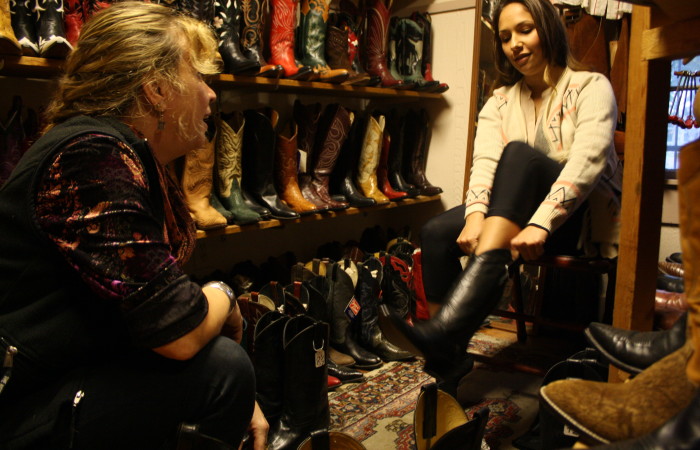 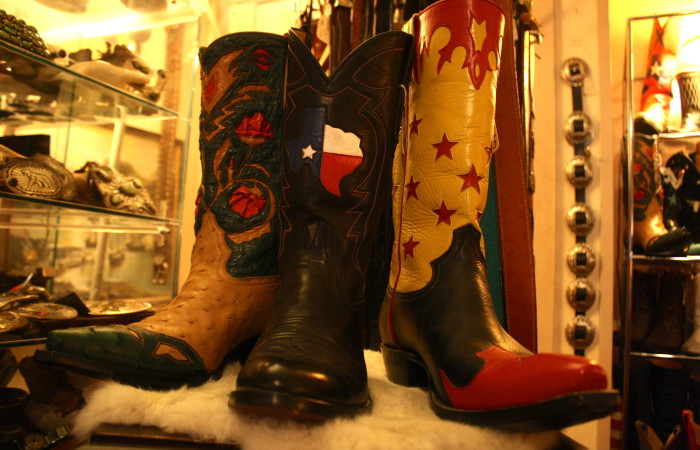 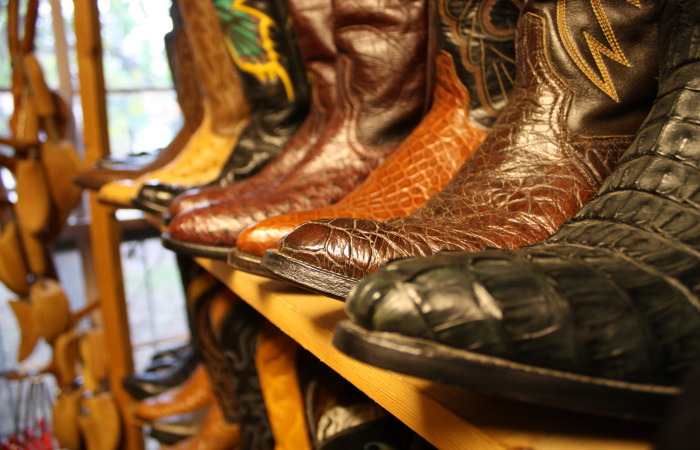 One of the things I love about this big damn republic is that no matter how long you’ve lived here, it never ceases to make me stop and have to pick my chin up off the ground. In the town of Wimberley, tucked away in the heart of the Texas Hill Country, there’s a decrepit little shack called the Wild West Store that does just that.

You can be forgiven if you’ve never heard of the Wild West Store, or even the town of Wimberley, for that matter. However, the proprietor of the shop, Ulli Johnston, more commonly known as “The Boot Whisperer,” is something you need to know about as a Texan.

My buddy Tanner and I were in Wimberley for a friend’s wedding in the Spring of ’12 and had an afternoon to kill. I remembered reading something about the Boot Whisperer in Texas Monthly, or something like that and we walked across the main street over to the store.

Upon finding the place, if it weren’t for the wooden sign out front, it would be hard to tell if it were a house or a toolshed. We stood on the porch for a few seconds before the door opened.

A girl walked out followed closely by her boyfriend who was carrying a pair wholesale nba jerseys of blue-gray cowboy boots. His face looked a bit confused. He was walking slowly away from the door and as we passed him on our way inside, he shook his head and said, “It’s crazy, man. Just go in there and take off your shoes. She already knows, man.”

We walked inside, into what clearly used to be the small living room of the cheap jerseys old house. The first thing you notice is the smell of leather. After your Punkel eyes adjust to the dim light, you see shelves and stacks and tables piled high with leather belts, hand embroidered western shirts, old crusty lariats and hundreds of pairs of the most beautiful boots you’ve ever seen. No two pairs in the whole shop are alike and they are arranged in no particular order. In some places, two boots of a pair are on different shelves across the room.

We stood in the front room and looked around for about five minutes before the Boot Whisperer appeared from behind some stack of boots and saddles. We got no hello. Only, “Take off your shoes.” I obeyed without question.

She stood in front of me and silently looked at my feet for a few seconds before walking around behind me to look at my heels.

“Mmmm…Yes…I have your boots,” she said, and walked out of the room.

Now to really understand the spookiness of this whole thing, there is some background info you need to know. I wear a cheap nba jerseys size 10 ½ and have extremely narrow feet. At the time, I owned a nice pair of black boots and a beat up pair of shit-kickers. What I was looking for was a nicer pair of brown boots that I could wear around civilized folk, so-to-speak and I didn’t want anything flashy, loud, or too colorful. I divulged none of this information to the Whisperer.

I followed her into the next room, which was also packed floor-to-ceiling with boots. Boots are also covering most of the floor with only a narrow path leading around the corner into yet another smaller room with walls made of boots. I find her in a shadowy boot alcove holding the most beautiful, shiny pair of light brown boots you have ever seen in your life. I’m thinking, “How did she do that?” I’m speechless as she shoves them into my hands and sits me down on a stool Diapers to try them on.

Before I slide my foot into the first boot, I look inside and see a big number 9 branded into the leather EvoToday on the inside and my heart sinks a bit, knowing they will be much too tight. I mention to the boot whisperer that these are probably going to be too small and that—

“Put the boots on your feet,” she interrupted.

I’ll spare you the gushing and tell you that nothing that I have ever put on my body has ever fit as well as these boots fit my feet.

At about that time, Tanner joins us in the boot cave.  Tanner knows what kinds of Halloween boots I’d been looking for.

The Boot Whisperer leaned up against the wall with a knowing smirk on her face.

“Come on. Your turn.,” she told Tanner and they went back out to the main room 6 so she could whisper his feet.

At about $300, I knew the boots were more than I had in my bank account at the time. I sat for about 15 minutes and just stared at the boots on my feet.

While I sat and weighed the consequences of yet another overdraft fee, Tanner was having a successful whispering as well. As I walked found my way out of the boot maze into the front room, he had just finished paying for his boots and she looked at him in the eye and said, (and this really happens) “You’ve been boot whispered.”

I explained that I was battling poverty and could not afford the boots. She wrote my first name in black marker on the tag and told me that the boots might also be right for somebody else, but “If it’s meant to be, it’s meant to be.”

I left wholesale mlb jerseys defeated and couldn’t stop thinking about the boots. The whole weekend, those an boots were in the back of my mind. When I got back to Dallas on Monday, I told my family about my experience and all about the place that more closely resembled where Une Harry Potter bought his magic wand than a cowboy boot shop.

So if you ever find yourself out near Wimberley, TX, it is definitely worth the trip over to the Wild West Store for a meeting with the Boot Whisperer. Check them out at www.wildweststore.com for cheap jerseys more info, but they don’t sell anything on the website. To get your boots you have to visit the Boot Whisperer in person. Make sure to call 512-847-1219 before you head over and let them know you’re coming.

Also, to finish the story, the boots and I were apparently meant to be. After hearing the story, my mother called Ulli at the Wild West Store and told her what I looked like. She knew exactly which boots were mine and shipped them to my mother. Whispered boots make awesome Christmas presents.