Jester King: Brewing on the Farm

Austin, Texas has become a beer city. The city limits are bursting at the seams with hops and grain, and in a town where everybody claims to be a foodie and a beer snob, local beers and craft styles rein king. The streets are flooded with IPA’s and everything barrel aged, and with the likes of Austin Beerworks, (512), Live Oak, and Independence dominating the scene, even the folks over at the Anheuser-Busch and MillerCoors struggle to maintain their market share. With this sort of saturation, for a brewery that only produces 1,500 barrels of beer a year to be not only viable, but a destination for locals and out-of-towners alike, it has got to offer something truly unique.

This brings us to Jester King. As you drive west from town, and Austin’s notorious traffic finally begins to subside, you are reminded of the beauty of the Texas Hill Country. The back roads begin to wind, the landscapes become more rugged and rolling, and Jester King Brewery sits nestled in a corner of a 200 acre ranch, not 20 miles outside of downtown. 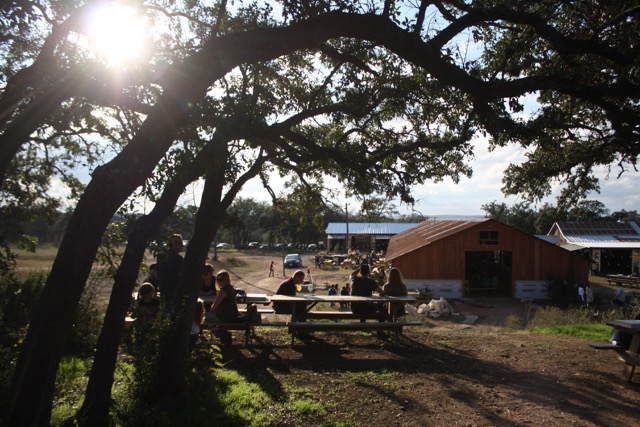 Overlooking the ranch at Jester King.

If you weren’t on the look out for it, you would miss the 3-foot high A-frame chalkboard sign that marks the dirt road leading up the hill towards the brewery. It’s a pastoral setting, a 3 acre field, dotted with picnic tables in the shade of live oaks. On a nice day, you would be hard pressed to find a better place to play lawn games and drink beer in the sun. At the center of the complex sits the stone barn that houses the tasting room and brewhouse that produces some of the most artisanal beer in Texas.

Now, before we get too far here, we should note that the beer at Jester King is unique. In fact, you should probably go ahead and forget any preconceived notions you have about beer before your trip to the brewery. They specialize in sour beers, which is a style that more closely resembles some sort of cross between beer, cider, and wine, than what generally comes to mind when someone conjures the image of a cold beer. 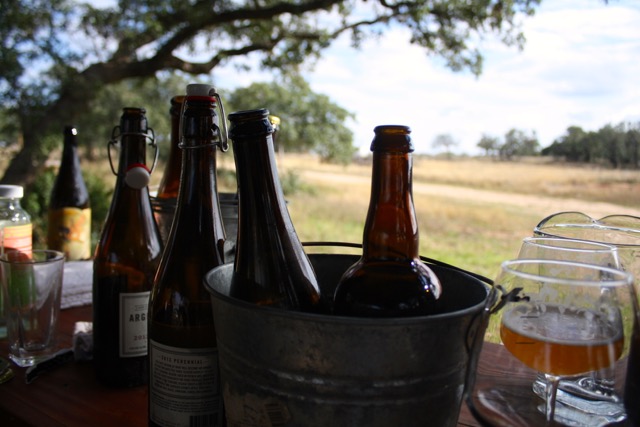 Outside bar with sour beer ready!

Traditional beer, even the majority of craft beer, is produced under pretty sterile conditions, where every step is taken to prevent the growth of wild, naturally occurring bacteria, so that only the specifically chosen yeasts can grow. This method of fermentation is generally preferred for two reasons: it makes for a very consistent and reproducible product, and it gives the brewmaster more control of the fermentation process, keeping the beer from becoming too, well… lets call it, funky. 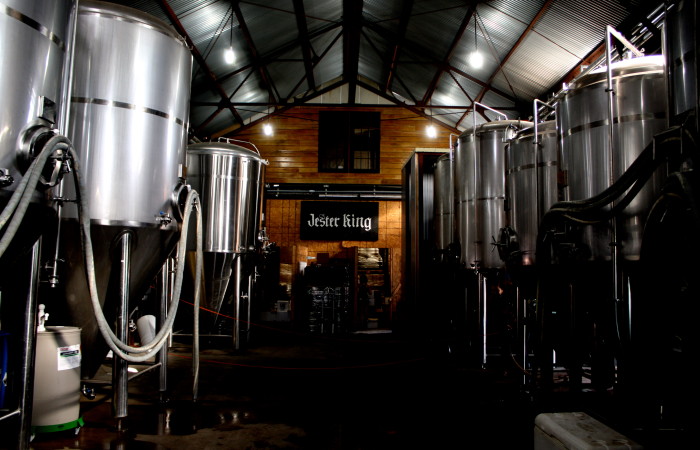 The barn at Jester King is equipped to feed an army with sour beer.

Jester King, however, embraces the funk. In fact they can’t get enough of it. Their sour style beers are made in a Belgian farmhouse tradition that relies on wild yeasts and bacteria for fermentation, which give the beer its distinct tartness. This spontaneous fermentation, coupled with an uncompromising commitment to locally sourced ingredients, creates a beer with a unique and distinct sense of place. 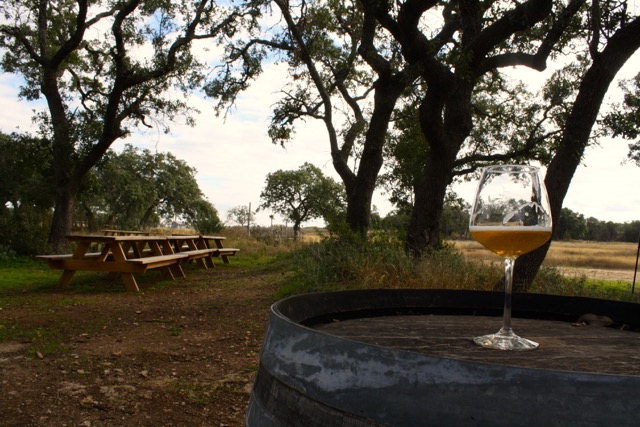 Sour beer and the Austin countryside.

Between admittedly unscientific brewing methods and an ever-changing list of local, in-season ingredients, Jester Kings beers are truly one of a kind.

That uniqueness is what makes a brewery that produces such low volumes of beer a success. Since they opened in 2010, Jester King has produced 45 different beers, most of which have debuted in limited release. Oftentimes, a new release will sell out in its first weekend. With that sort of demand, every new Jester King beer is a cause for a celebration. People flock to the brewery to try new releases and pick up bottles to go, which are generally restricted to one to two bottles per person. It therefore isn’t uncommon for Jester King loyalists to make the trek out to the hill country a few times through out the course of a weekend, just to get their hands on an extra bottle or two for their collections.

That loyalty and fanaticism that Jester King inspires in its fans is what makes them so special. While sour beers are admittedly an acquired taste, Jester King has turned many in central Texas into believers. They have carved a niche in the Austin beer scene by making a committed effort to produce the most artisanally crafted beer possible, and serving it up on a pristine patch in the Texas Hill Country that, at only 20 minutes away, is a perfect getaway from one of the country’s fasted growing cities.